There are a few ways to go to Bolivia from San Pedro de Atacama by bus. The less terrible would be through Argentina but it is a massive detour. Fortunately there’s also a much more beautiful and impressive path: a three days jeep ride through the mountains and the Salar de Uyuni.

The trip leaves early morning with a bus ride through Chilean immigration and to the Bolivian border which is only an hour away. Bolivian immigration is performed in a small house in the middle of nowhere where all the tour companies’ jeeps await for their passengers. They’re all Land Rovers, some of them more beat down than others, carrying six passengers and a driver. Luggages are loaded on the roof and we’re ready to go for our first day on the Altiplano at more than 4000m above sea level.

The first two days are all in high altitude, driving through breathtaking landscapes. We stopped at several lagunas, the most impressive one definitely being the Laguna Colorada. It’s a well deserved name as the brownish red water color contrasts with white sand and green grass. Loads of flamingos are fishing around while wind gusts create massive sand clouds. 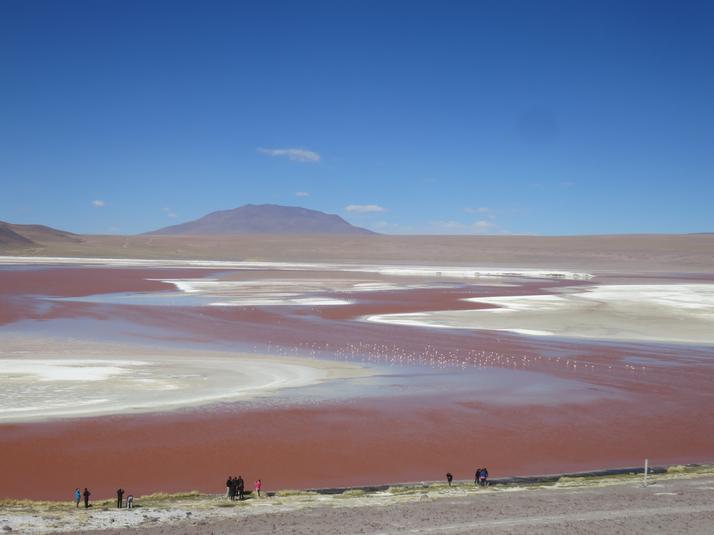 The second day starts with a visit to very cool rock formations but may get boring for the less nature-inclined as the landscape gets kind-a repetitive. A great group definitely helps to kill the time during the long drives. 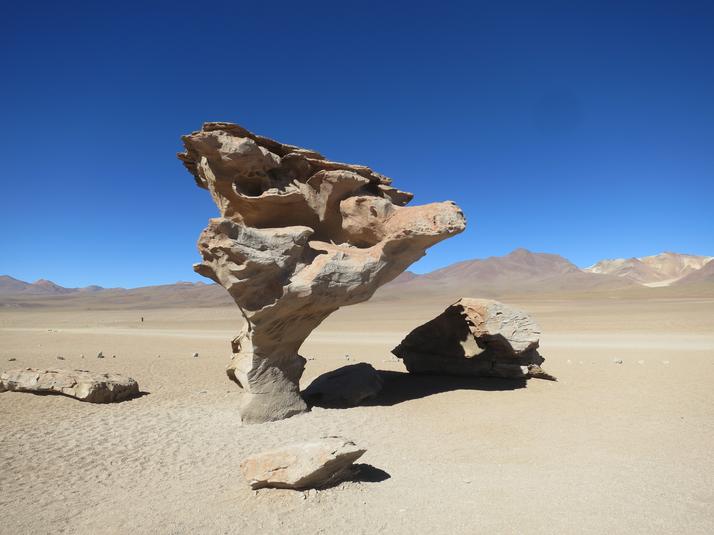 The final day starts early to witness the sunrise over the Salar de Uyuni, the largest salt flats in the world. Lucky for us, there was a thin layer of water left from the rainy season which creates a perfect mirror and a mind-blowing scenery. 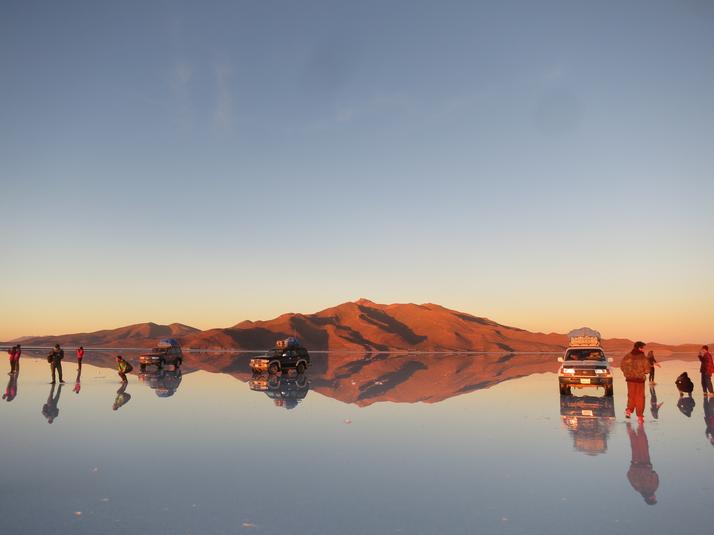 The water disappeared quickly as we drove to the Isla Pescado but the landscape does not lose its surrealism. The Isla, is a rock island covered with giant cactus’s. Beautiful by itself, it contrasts even more with its surroundings. 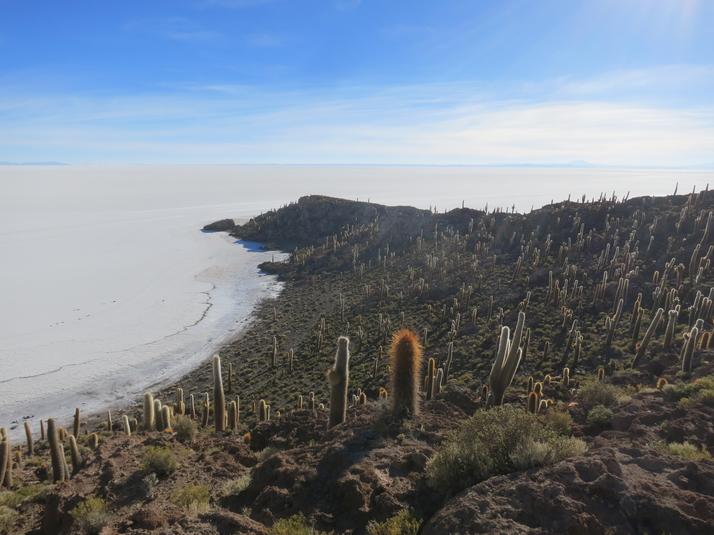 On our way to Uyuni we do the mandatory photo stop. The perfect flatness and complete lack of visual markers make you lose the sense of perspective which means awesome photos! We end the trip with a quick visit to the train cemetery and are dropped off in town. 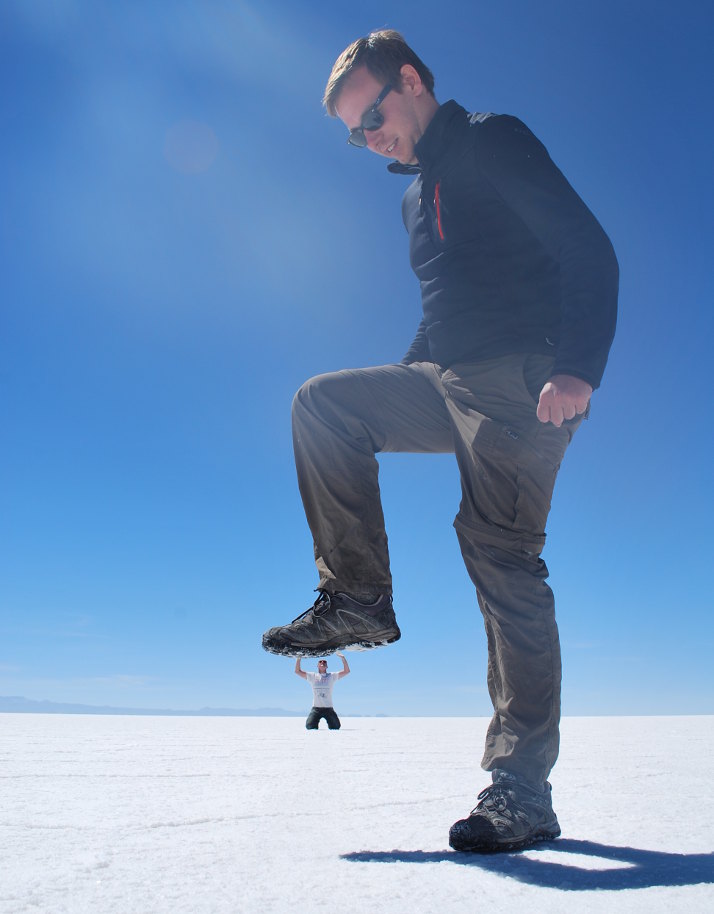 The whole trip was very well organized. Accommodations were perfectly fine, food was good, the jeep was in good condition and the driver very nice. The company was World White Travel and I recommend them. This trip is mostly done starting and coming back from Uyuni where the choice of company is much greater. However, I think doing it from San Pedro is better as you get to see the Salar, which is the best part, at last.

I also ended up with an incredible group with which I had an amazing time. Our journey together even continued for a few days as we decided to hop on the first bus to Potosi (there is really nothing to do in Uyuni apart from the tour so you’ll want to get out as fast as possible).

The Salar de Uyuni trip is the greatest thing I’ve done in South America after Antarctica and definitely at the top of my experiences during this trip. UNMISSABLE!

All posts about Bolivia »
Other countries »