A Break From The Altitude In The Pampas

While the south of Bolivia is located in the Andes mountain range with peaks up to 6000m and cities at high altitudes, the north is a flat land covered by pampas and jungle, a few hundred meters above sea level. The town of Rurrenabaque is the starting point of many tours in this region. It is the gate to the famous Madidi National Park, although I didn’t have time to visit this one.

My journey started in La Paz. The goal was to catch the first Amaszonas flight to Rurrenabaque to start a 3-days pampas tour the same day. This flight is often delayed due to weather conditions at Rurre, the airport lacking any signaling for instrument landing.

I still decided to take my chances. The flight was unfortunately delayed for five hours, which means I missed the start of my tour and would only be able to start the next day. It also means I had to come back one day late. Being on a tight schedule, having to join friends in Cusco, it wasn’t a good start.

As a side not, the bus from La Paz to Rurrenabaque is famous for being hellish. It follows the “new death road” for a while and then goes through some rough roads. I met a couple for whom the 18h bus ride ended being a 36h one…

Anyway, it gave me time to explore a bit of Rurrenabaque. It is a small town with a cool vibe, full of cool bars and some nice restaurants. There’s also a French bakery which opens early morning where you can grab some pain au chocolat before your tours! I really enjoyed Rurre and would have loved to spend a few more days. 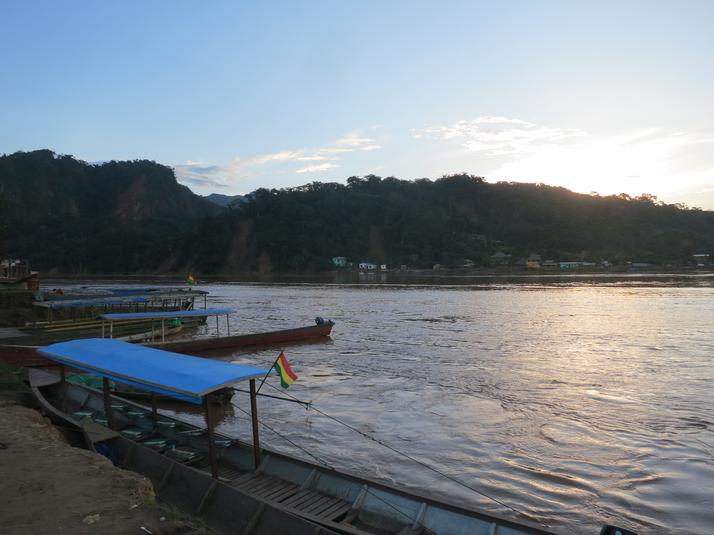 The next day, it’s finally time for my tour. On my way to the agency, I met a fellow traveler who tells me that all tours are being canceled due to a protest! What a streak of bad luck! However, the situation quickly turned around. The agency informs me that we are going to try to pass through the protest, the only one attempting it. The plan was to go up to 1km before the protest (which was blocking the main road). Walk from there past the protesters and catch another car on the other side. The four of us in the tour passed without any problems and we were on our way! 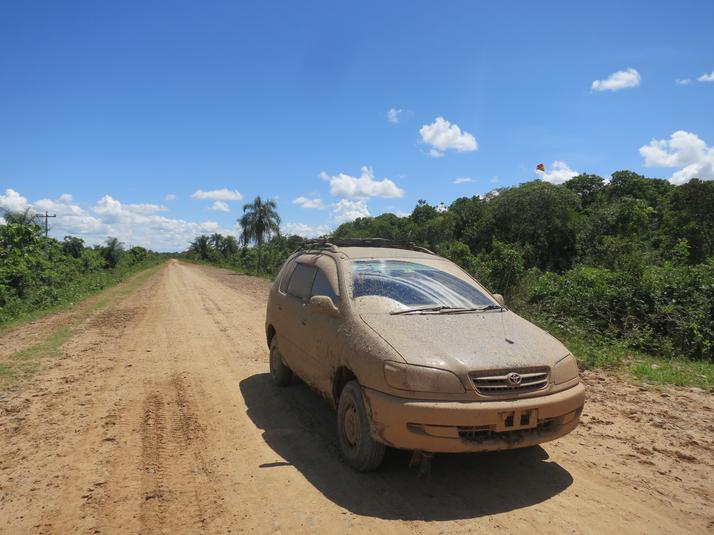 The road to the pampas was hell and you can easily understand why people are protesting. We got stuck a few times and had to walk the last one or two kilometers. Loved it, it’s adventure time! 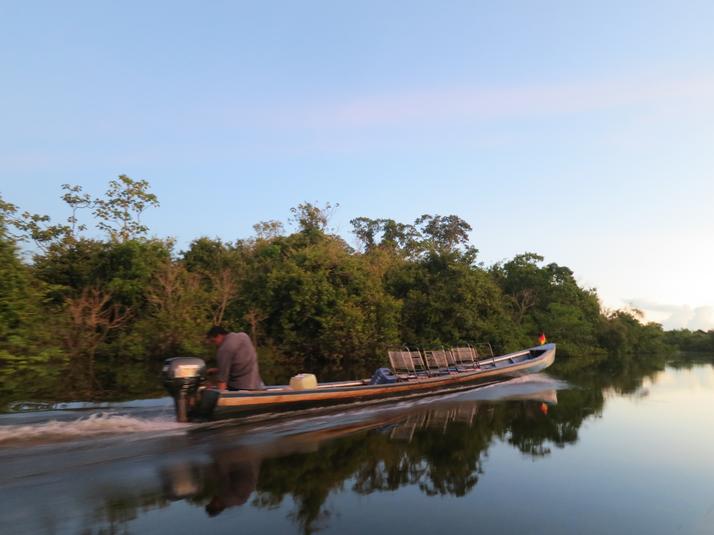 We are finally able to catch our little boat to reach our lodge where we spent two nights. The lodge was nice, elevated above the overflowing river. Being the only one of the day to pass the protest (and because the protest had been running for a few days, it was the same before), we were almost alone in the area. Luck was finally on my side again ;) 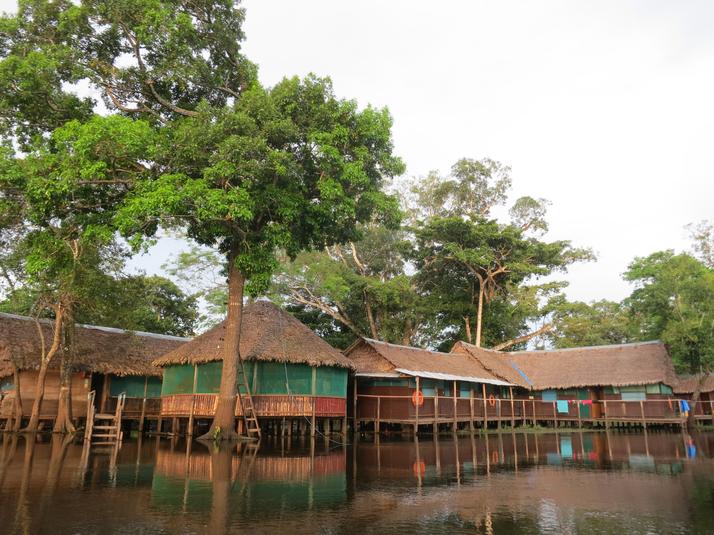 The next two days are spent doing excursions by boat. We went looking for snakes, alligators, caymans, dolphins, monkeys and birds. The wildlife is plentiful around the area. Piranha fishing was part of the fun and of the dinner. They are very tasty! Swimming with the dolphins was also good fun but a bit stressful as there’s no visibility in the water. 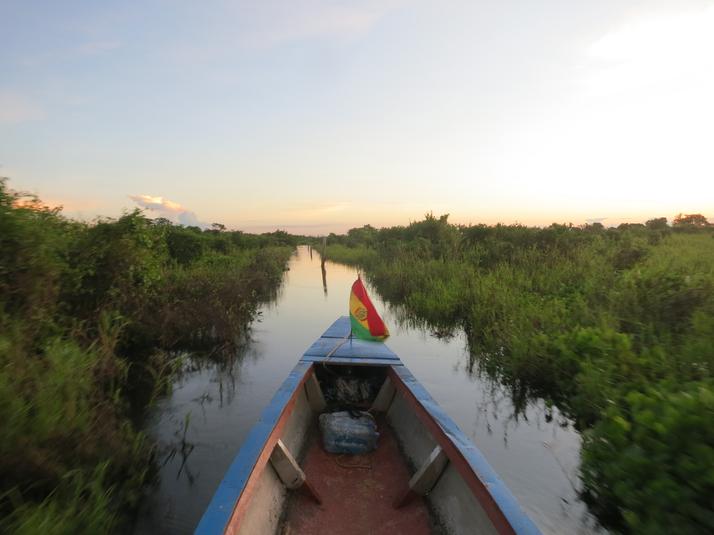 Everything was perfect only for a very annoying detail: the mosquitoes were the most voracious I ever encountered. They are huge as well! As soon as night sets, they get out by the millions! Do not underestimate the power of a white shirt (all guides wear them) like I did! 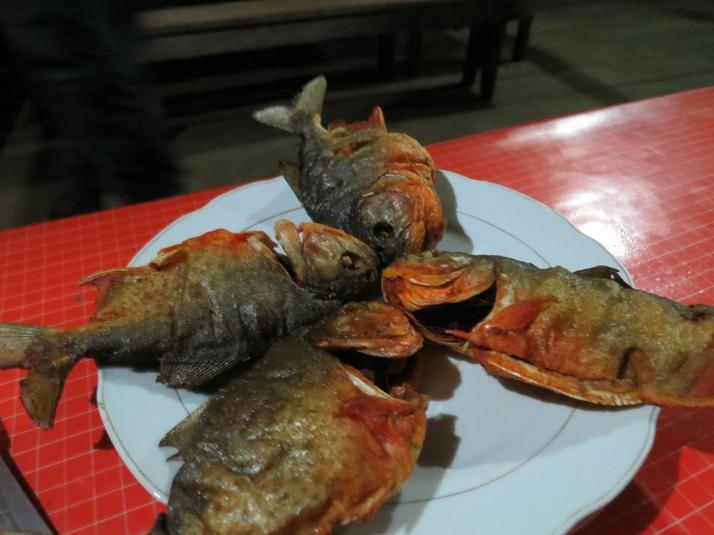 The adventure continued on our way back to Rurrenabaque as we embark in a beat-down jeep. Ten minutes in, the shaft breaks! No worries: the driver grabs his toolbox, removes it, put it in the trunk and continues to the next town in 2x2 only. In town, we stop at a repair shop where the mechanic weld back the two broken parts of the shaft. The driver reassemble it by himself. One hour later we’re on our way again, back in 4x4 drive mode. Easy! 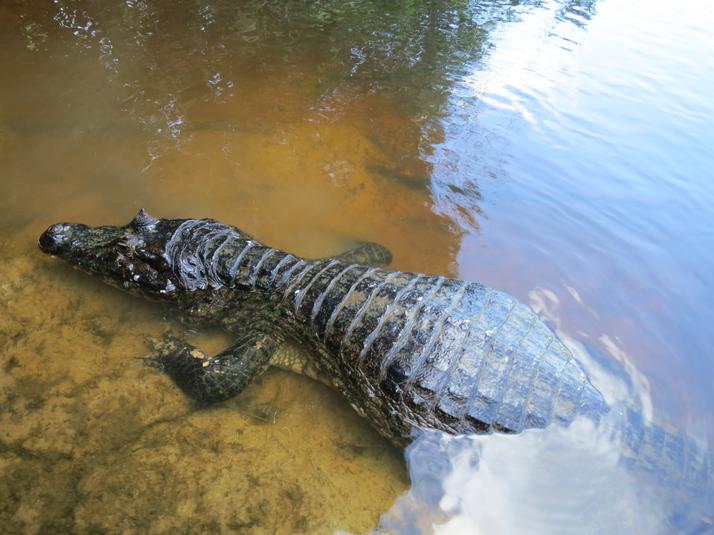 One more night in Rurre and the next morning flight to La Paz was on schedule. These few days were great and I would have loved to spend more time in the region, exploring the jungle as well. A bit expensive to reach if you are flying but definitely worth it.

All posts about Bolivia »
Other countries »